Glennen CC Fahey one of the cast of Endangered Productions' performance of Peer Gynt in June/July 2022. Glennen will not be silenced despite a brain injury in 2007 that left him with short term memory challenges. In the words of his rap persona, Do Doggy Fav, “I'm going grey, and I got something to say”. 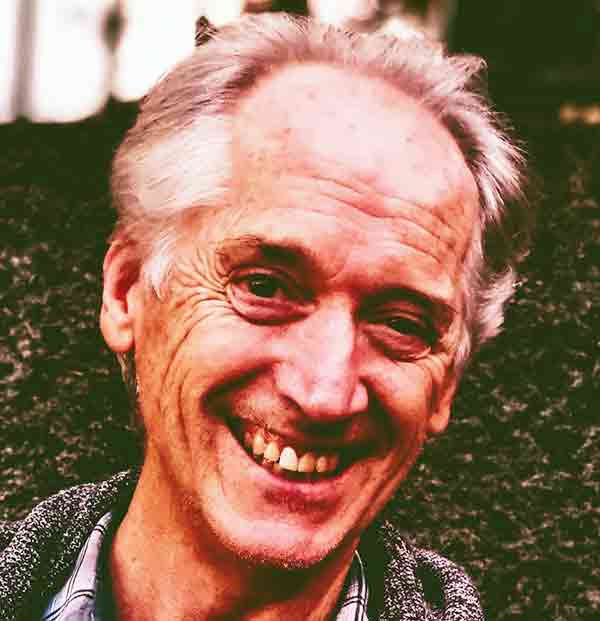 Suzanne Hawkins talks to the veteran actor and director with roles in many well-known Australian productions, including Prisoner, Home and Away and Voyage into Fear.

Peer Gynt is allowing Glennen to reclaim his acting craft.  Speaking to him with his occupational therapist (OT), it’s easy to see how his unwavering passion for the arts transcends his injury. His courage and sneaky sense of humour shine through.

How did you become involved in Peer Gynt? My 80-year old mother found a clipping in the newspaper about the production and reached out to Christine (Logan, Artistic Director) who was so encouraging and welcoming. It’s the first show that I’ve been in since my brain injury.

Can I ask how your brain injury affects you? I have a lot more long-term memory recall, but there is still definitely a bit of the filling in of gaps. When I’m not entirely sure, I get help by checking with family or friends.

I have a fabulous memory for things associated with my past life in television and theatre, especially lines I’ve had to memorise for acting roles - even a couple of soliloquies! I believe that's my profession. It sort of takes over. My passion overrides a little bit of the weakness in memory.

What role are you playing in Peer Gynt and what is it like to be back on stage? I play a troll, a dancer and I’m part of the choir. I have one line to say in the play. It’s exciting to do, but in the middle of it, it can be terrifying. That's a hard question because I do go into that kind of other-worldly place there.

How do you overcome your short-term memory problems in Peer Gynt? During rehearsals sometimes I forget, as it’s a challenge for me to make new memories. However, when the music is played or we are in the hall of Mount King, it’s like I get a quick cue. After, I may not remember exactly what happened, but I remember being a part of it.

Music is big for me and I have good rhythm. I co-wrote a rap with my nephew a year and a half ago. I have my rap persona - Do Doggy Fav. (Rapping) “I'm going grey, and I got something to say. Spitting bars and swallow chips. I'll break all your relationships, et cetera, et cetera”.

My OT helps too. Sometimes she enlarges the print on a script because I have difficulty seeing. She helps me to run through my lines. I have a very strong visual memory and she will take a video of the dance to trigger my memory.

Sometimes I struggle when things are cognitively demanding and must go for a walk with my OT to calm down. However, I find with Peer Gynt I need do this less, as I’m an enjoying it so much. At the end of rehearsals though, I am done!

What is it like to work with the Endangered cast? The support is there. I see it on peoples’ faces. I see them smiling gently towards me. And it's not in a superior a kind of (way). It's genuine. I still read people well. They are such a supportive group of people.

To make things easier for me when I came to Endangered Productions, I co-wrote a message with my OT, letting the cast know how my brain injury affected me. I also put in my favourite picture of me with Phar Lap.
I hope that this is kind of a gateway for involvement in other productions, through this Company or another.

What are your future plans? I don't know. I have plans as an actor, as a performer. I have plans to get a yacht and go sailing. And also to find my other half and marry her. That’s been a consistent goal.

I also write a lot. More than ever before. I think it’s taking over, quite a bit from acting. It’s probably the direction I'll be heading. My family are mostly very artistic and involved either in musicianship, live theatre, or television. It’s in my blood.

Well, writing would be good as you don’t need to remember what you wrote. Unless it's finished and put away (cheeky smile).

You have mentioned “getting up the guts”. Where do you get your courage from? I certainly have my ups and downs. I pray, I’m spiritual and I ask for the courage before I start. If I've got any doubts that’s where I go, or to another person that I trust.

I’m also very, very honest and say what's on my mind. Sometimes it shocks people, but I think they appreciate that eventually. Then at least they know me, rather than what I want to show them.

What message would you give a message to others coping with something like you have? Speak up. (If you feel it’s ok for you). Because sharing something is better than nothing. It's on the road to recovery.