The Yeomen of the Guard was popular in the 19th Century, but is now rarely performed. This FAMS production was directed by Christine Logan with six performances in 2014.

'Yeomen of the Guard' was my initiation into directing community theatre. I was in tears at the first-stage orchestral, distressed at the lack of rehearsal, and embarrassed by what I was seeing and hearing. I knew my cast were capable but it just wasn’t coming together, so I asked a few friends to come to the final dress rehearsal, to sing in the pit and support the chorus – including Peter Alexander.

Then on the day before opening, I received a phone call – the Music Director had been rushed to hospital. In remarkable stroke of fate, my dear friend and talented musician, Prue Gibbs, was arriving in Sydney that night. When she called me from from Brisbane airport before her flight I asked, "Do you know Yeomen of the Guard?" and she replied, "No. There might be something on Wikipedia." Little did she know what I had in store for her!

Peter came that night with score in hand and they played it through. On opening night Prue conducted the show and created miracles.

Peter was a reluctant to take over from Prue, but she had no doubts: "If I can do it – so can you." He conducted for the rest of the season and continued the transformation. Luckily, he quite enjoyed the experience! So did Ruth Brent who assisted, and Sandy Gray who designed our sets and sang in the chorus for the final shows – well, mimed really! (You’ll see her in the show reel).

"If ever our company of 43 years needed miracles it was for this show, a jewel in the G&S crown, demanding a strong male cast to bring it alive.

It has taken two years of hunting, and many miracles have happened along the way, including snagging the directorship of Christine Logan, who has brought high standards from her time singing with Opera Australia. She has shown us how to work hard while having a great deal of fun.

As usual we have the benefit of years of experience in our cast and hard-working committee, as well as some stunning young talent. Sullivan’s rich musical score never flags and Gilbert will amuse with wit and clever satire."

Message from the president of FAMS in the program. The Yeomen of the Guard or The Merryman and His Maid opened on October 3, 1888 at the Savoy Theatre and ran for 423 performances. It uses dialogue which is quasi-Shakespearean or early modern English in style and has a lush overture and features beautiful ballads and choruses.

While the it is the darkest of their operettas, critics consider the score to be Sullivan's finest.

The Daily Telegraph’s review was very admiring: "Schubert himself could hardly have handled those instruments more deftly, written for them more lovingly ... the music flows to a higher plane and we have a genuine English opera.’

It is 1897, W.S. Gilbert and Arthur Sullivan had collaborated on eleven very successful ‘topsy turvy’ operas, but Sullivan was becoming restless. He wanted to leave the partnership in order to write grand opera and other serious works. Gilbert had tried unsuccessfully to get him interested in a variety of plots. While waiting for a train, Gilbert spotted an advertisement for The Tower Furnishing and Finance Company, illustrated with a Beefeater.

On Christmas Day 1887, Gilbert read to Sullivan his plot sketch for an opera set at the Tower of London. Sullivan was ‘immensely pleased’ and accepted it, writing in his diary, ‘Pretty story, no topsy, turvydom, very human and funny also.’ 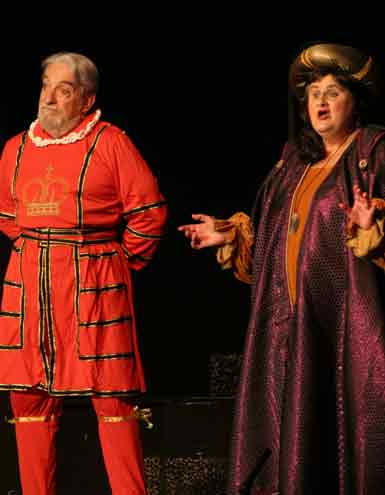 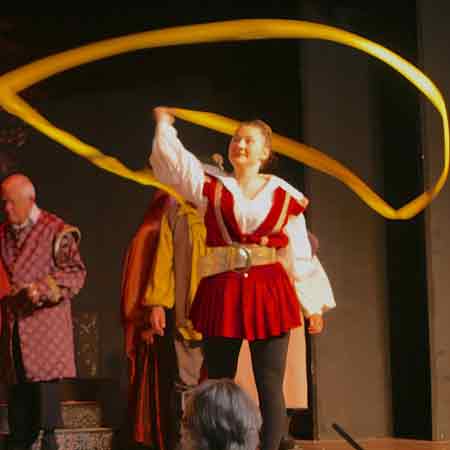