As Artistic Director, Christine draws on a long career in theatre and working with people with disabilities. 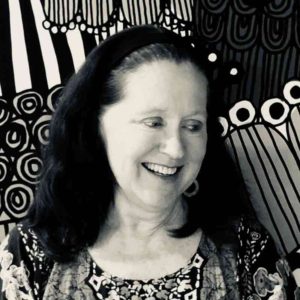 Christine spent over 26 years working behind the scenes and on stage for New Theatre, Nimrod Theatre, Belvoir Street Theatre and Opera Australia.

During this time she developed an extensive knowledge of all aspects of theatre production from public relations to performing while working with and observing some of Australia’s best directors including Neil Armfield, Barrie Kosky and Baz Luhrmann.

Family commitments were a catalyst for further studies and a career change. Christine taught children with autism and physical disabilities often integrating music and performance into their education programs which resulted in some very lively musical productions.

When Christine was asked to direct The Yeomen of the Guard for a FAMS Theatre Company in 2014 she was tempted back into the realms of more mainstream theatre. That challenge proved daunting but fulfilling.

She gathered a talented team who then went on to produce a very successful adaptation of John Gay’s The Beggar’s Opera. Christine is also developing scripts and directing cabaret shows. In her spare time Christine volunteers for a service supporting people with intellectual disabilities who come in contact with the law.

Christine recently completed a Director’s Course at NIDA. After directing a (very) abridged Beggar’s Opera for Loosely Woven she’s been invited back to direct a production of Trial by Jury for this talented group which will be performing in country court houses.

Christine is the driving force behind Endangered Production's performance of Peer Gynt.