When my friend Christine Logan, Artistic Director, asked me to come up with some Norwegian trolls for the Peer Gynt excerpts in the forthcoming Coffee Cantata rural tour of fire-ravaged communities, I couldn’t say “no” to the challenge.  I started to think of sock puppets with buttons for eyes, wild stringy hair, and bulbous appended noses etc. I am sure they would have been charming, but ...

Then I thought of Wingham felt artist, Gemma Lee Cross, whose delicately-felted sculptures had enchanted me. I had met Gemma at exhibition openings in the Manning Valley on several occasions, where her own work was on display, and “on the wall” when we were painting a community mural in Wingham, featuring characters from Stephen Michael King’s books for children. Gemma had been exhibiting collaboratively with Stephen, making felt sculptures of the characters from his books. I approached Gemma, hoping that she could teach me her felting technique, so that I could apply it to the trolls.

In my first tutorial I learned that Gemma mostly uses the “dry felting” method to shape the wool (see her at work below). This involves stabbing the wool with a barbed needle. Her exquisite work is the result of countless hours immersed in the contemplative act of creating, shaping and forming her felt sculptures, as she stabs life into bats of wool.

High-level skills such as Gemma’s don’t come overnight. Over years Gemma has honed an imaginative and aesthetic sensitivity to the boundless opportunities that felting presents. So ... after stabbing myself multiple times, I quickly came to respect those years of hard work that had contributed to her finely-crafted sculptures, and decided to commission Gemma to be the primary creator of the trolls, while I became her willing apprentice learning to do the repetitive bits like dreadlocks.

That Endangered Productions (EP) should have the opportunity to engage an artist of Gemma’s calibre has been most fortuitous. We gave Gemma a brief with vague sketches and videos of the Peer Gynt dance rehearsals in which the troll-heads play a pivotal part.

Gemma's troll creations have exceeded our expectations and delighted everyone who has seen them. They are sure to steal the show! 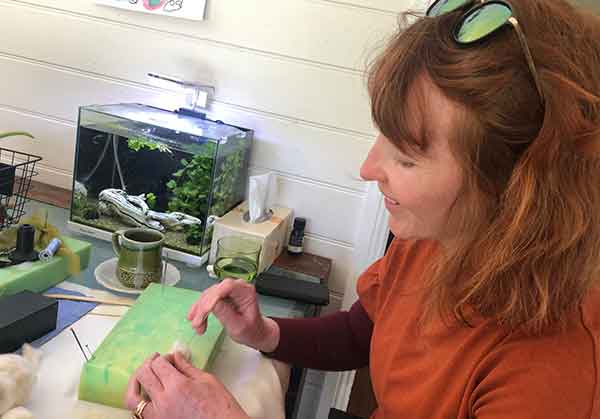 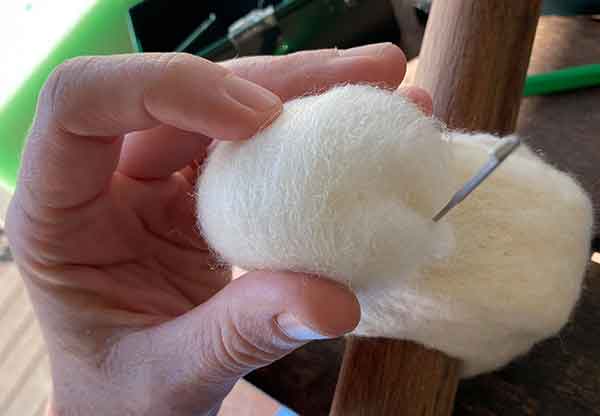 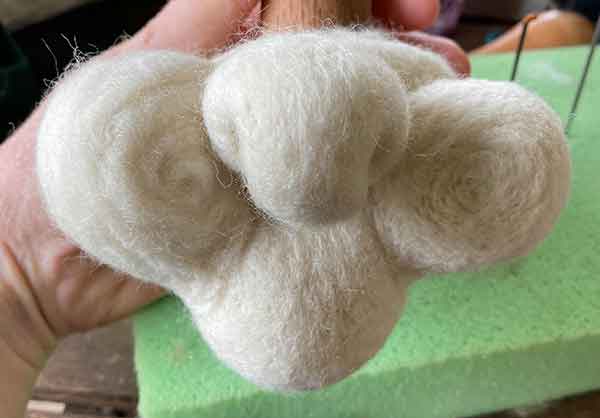 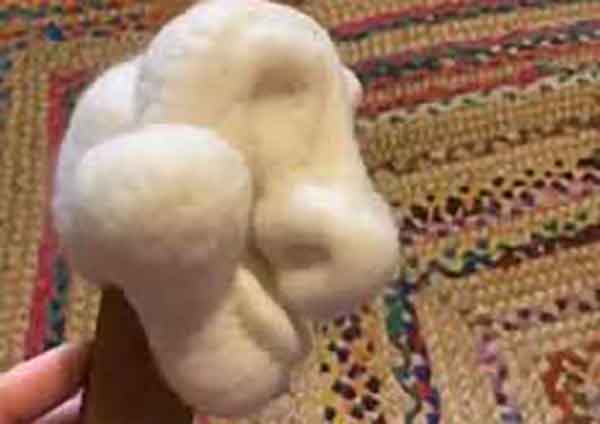 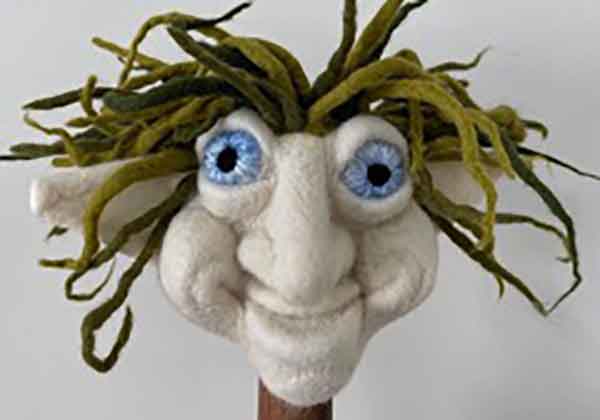 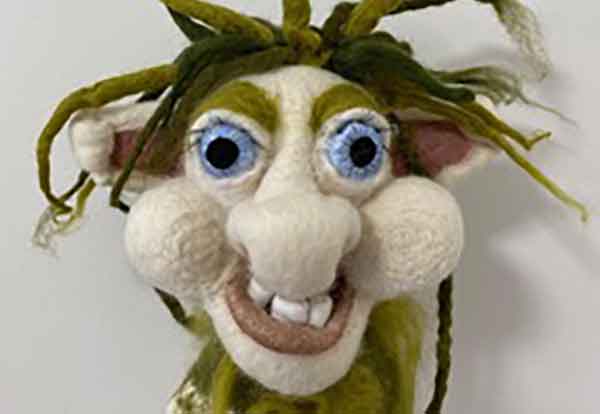