We’ve started rehearsals for Johann Sebastian Bach's ‘Coffee Cantata’ fundraiser performance on 5 April – a delightful piece of whimsy and an uncommon foray into the secular.  What was Bach thinking when he wrote this domestic comedy?

Wikipedia tells us that coffee is the world's most widely consumed psychoactive substance, but unlike many others, it is universally legal and unregulated. When it was introduced to Europe in the 17th Century it was called ‘the bitter invention of Satan.’

Bach wrote the Coffee Cantata in 1734 to poke fun at his own city Leipzig, where officials had passed laws limiting coffeehouse hours and railed against coffee, especially for young men and women. They feared it could be a gateway drug of sorts, pushing youth to temptation and depravity.

It didn’t help that coffeehouses could be rowdy. Musicians played and partied, men and women flirted without proper chaperones, people told dirty jokes, gambled and political insurgency was born.
Times have changed… or have they…

Find out for yourself at our fundraiser performance of J S Bach's ‘Coffee Cantata’ on Sunday 5th April in aid of our Social Inclusion Program. 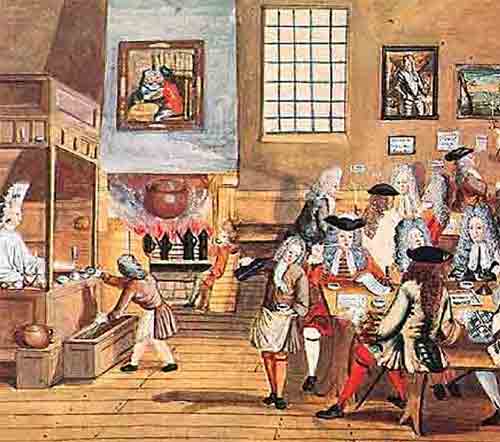