Music director, peter alexander, has worked with them all -  from mozart to murphy. Peter Alexander has performed with and conducted a wide variety of ensembles in Sydney for over forty years.

He has sung with Sydney Chamber Choir, Opera Australia, The Song Company, The Leonine Consort and Sydney Philharmonia Choirs.

He studied conducting with Louis Fremaux and Sir Charles Mackerras.

His repertoire includes Handel: The Messiah, symphonies of Mozart, Beethoven and Brahms, Berlioz’ Sinfonie Fantastique, Shostakovich Symphonies Nos. 5 & 10, Verdi’s Rigoletto, La Traviata and Otello and the Mozart’s Requiem and The Magic Flute. In 2016 he prepared his own edition of, and then conducted, John Gay’s The Beggar’s Opera. 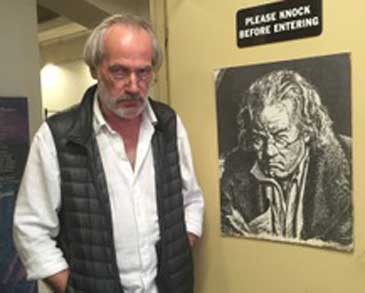